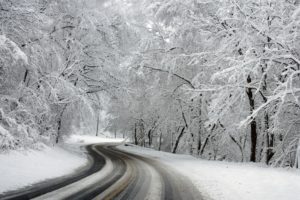 People do not realize that suicide is a major problem in the elderly. Since Older Adults have so many medical issues, it is assumed that death is a result of co-morbidity rather than suicide. Albeit, our society does not value older adults as other cultures do. In fact, if you read statistics and concerns about suicide in this country, the media reports about a rise in suicide in the youth and college-age population. The mental health community is much more active in trying to stem the suicide rate among this population. According to the World Health Organization (2012), suicide among older adults is a far more common occurrence in the United States than youth and are the highest rate of completed suicides. In 2013, more than 7,000 people age 65> died by suicide. (CDC, 2013) and14% of all suicides in the United States are among older people. In addition, thousands of older adults who die by suicide, many more have made suicide attempts and suffer from the emotional pain of suicidal thoughts.

The issue of suicide in the United States is a rapidly growing problem. The increase of the population living longer and the large cohort of “Boomers” who are transitioning into this demographic, means that we are facing a major mental health crisis that needs to be addressed now. In a review of the literature, there does not appear to be any actions by the Federal  Government or individual States that our healthcare system has any initiatives to help older people prevent suicide. Despite the fact, that suicide prevention continues to be a priority in healthcare, suicide in the elderly remains a neglected subset with little interest and few studies. 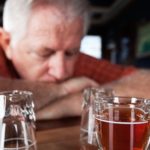 Suicide rates are particularly high among white males 65>, higher than any other group in our population. (SAMSHA, 2013b). Although suicide attempts are more common among older women, attempts are more fatal among men because 35% of men use alcohol and firearms.

I recommend that you watch the YouTube video by Dr. Yeates Conwell, “Suicidal Behavior in Older Adults” (2013). [1]

Dr. Conwell has identified what he considers as the 4 D Risks of Suicide:

The population attributable to suicide risk has a high association with depression. However, depression as a predictor of suicide is low. Hopelessness and suicidal ideation are neither necessary nor sufficient to predict suicide.  Depression is a treatable illness. Reduction in depression can lead to a reduction in suicide.

Disconnectedness results in loneliness and isolation for both older men and women due to major changes and losses in their lives. Often times, their spouses die, their friends die and/or move away, they are forced to change their lifestyles and move out of the house that they have lived in for many years and move away from their community. This means going to another place, often an assisted living facility, a nursing home, or a place near their children. They also experience a loss of independence. Due to physical disabilities, dementia, they are forced to stop driving and rely on other people. They feel that they are no longer part of a community.

The loss of identity is felt most in men beginning at age 65 and becoming more extreme by the time that they reach age 85. They are usually very isolated and did not build friendships the way women do. They often resort to alcohol abuse and loneliness. They do not have family or peers to leverage interventions for their benefit.

In general, it is more common for older men to end their lives by using firearms.

Dr. Conwell has reported that studies of older adults are generally composed of the female population, not including men.

It is known that older adults do not believe in Mental Health Professionals, but they do rely on their Primary Care Physicians. In fact, it has been reported that many people who have died from suicide had seen their PCP in the month prior to their death. Most PCPs are not trained in Geriatric Mental Health.

An individual should be designated and trained to use the screening tool which could identify signs of depression and suicidality in residents. Although suicide is rare in congregate living facilities, when it occurs it has a devastating effect on all the residents.

Profile of characteristics associated with depression among residents in facilities:

Many of the reasons that older adults have moved to facilities are very stressful and complicate adjustment to new surroundings, new neighbors, and new norms. The events include: loss of spouse or caregiver, increased physical vulnerability, illness, cognitive impairment.  The majority of residents are women. 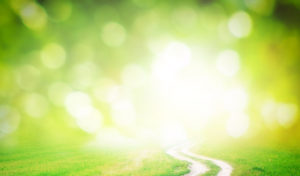 About the Author: Susan Birenbaum is the founder of Susan Birenbaum Associates LLC. She is a certified Aging Life Care™ Manager for over 12 years; a New York State Licensed Clinical Social Worker (LCSW); and has Guardianship Certification by the State of New York. Follow Susan on Twitter @SBLCSW, Susan Birenbaum on Linkedin and Susan Birenbaum on Facebook or email her: sbirenbaum@msn.com